An organisation open to innovation, capable and motivated people, and above all with the will to make things different: these were the main ingredients of this successful project at DPD Portugal.

An organisation open to innovation, capable and motivated people, and above all with the will to make things different: these were the main ingredients of this successful project at DPD Portugal.

The results are clear: some KPI’s skyrocketed and the innovative actions implemented are already part of the day-to-day lives of its employees!

The process of merging the Chronopost and Seur brands was the trigger.

The project kicked off in full force in January 2020 with a team composed of David Pereira (director of the services and innovation hub), Luís Cruz (operations and processes analyst) and Pedro Correia (training manager).

The impact is such that DPD Portugal presented this project to the group’s international committee, so its expansion to an international level is under analysis.

In this interview, conducted by Rui Chen, Pedro Correia tells us about designing the strategy, the challenges of implementation, the main objectives and the results achieved.

Rui Chen: How did you start the gamification process with GFoundry?

Pedro Correia: We started with the Learning module.

We had three quizzes in 2019, one on branding and two operational ones for the Driver role.

Presently we already have several quizzes on procedures and other topics, very well segmented.

GFoundry’s potential to create quizzes by theme is excellent, because we can be incisive by acting locally at each point. In other words, if there is a problem of accidents in Faro (City of Portugal), we act only in Faro. This is decisive and strategic in large companies like ours.

Then, there are many people who want to be proactive in training and look for content to increase their knowledge and develop skills. With this solution, our employees can be autonomous in managing their learning, which is done when they feel the need, and at the time the person chooses to dedicate to it, especially “dead” times.

The reception of new employees for distribution lasts three weeks and there is a 10 module plan for consulting content and taking quizzes. They do it when it is most opportune: in the dentist’s waiting room, when waiting for transport, on the living room couch, etc.

PC: Employees do (the quizzes) when it is most opportune: in the dentist’s waiting room, when waiting for transport, on the sofa in the living room (…)

Which GFoundry’s Gamification modules and features made the difference in your choice for this digital platform?

Additionally, we wanted to give visibility to the project by providing a considerable amount of money in the budget to award pecuniary prizes to the Top 10 drivers, thus ensuring the perfect articulation between the stimulus that the game provides and the incentive of financial compensation.

What were the main objectives and goals of the project?

PC: We have several performance indicators, national and international, being the main one the “Predict”.

This indicator accounts for all deliveries made per driver according to the prediction assumed by these same employees at the beginning of the delivery journey.

We created an internal league – the Predict League – which we want to maintain with other leagues following this one, because we are achieving excellent results in terms of engagement and in the productivity KPIs of the teams.

Are you achieving the results you have planned?

PC: We immediately noticed a big increase in engagement, because those who work by objectives want to see how they are doing. This is what GFoundry also brought. Drivers can see in real time and at any moment (in the morning, at the end of the day, whenever they want), what percentage of success their Predict has, and what their position is in the ranking.

On the other hand, what we achieved was not only an increase in KPIs, but also in the percentage of success in Predict: We had an increase in drivers giving their predicted deliveries and committing to that goal. This is what defines Predict. And it is, in fact, this increase in the overall percentage of the Predict indicator that is the bottom line of the project.

We have more people looking at each other’s performance, in a competitive, healthy way.

It’s in everyone’s interest to distribute awards that have an impact on people’s lives, and there the platform proved to be fundamental and excellent in connecting the company and the drivers’ delivery process.

PC: “We immediately noticed a big increase in engagement, because those who work by objectives want to see how they are doing. This is what GFoundry also brought.”

How did you communicate the project? Do you keep that communication plan active?

PC: There has been an investment in the dissemination channels: we have a corporate Radio and TV channel that broadcast to each of the 15 distribution stations in the country, equipped with devices where they pass the information of interest, for example, before starting any dynamic or GFoundry competition, the rules, the schedule and the prizes of the Predict league are broadcast on the two channels of our internal network.

PC: In the national league, with GFoundry we have the data of the registered drivers gamified and ascertained the Top 20 of the three months duration of the competition.

In parallel, we have three regional leagues, Lisbon, Porto and the Provinces, in which we award the Top 5 every fortnight.

The best in each league receive prizes in a card from a shop chain.

Managers also have their competition with gamification and prizes going on: we identify the Top 3 managers in 15 stations. The metric is the total score for each station.

These supervisors are happy because, before this initiative, they had to go searching, collect the information, respond to requests for information, which took them away from their main function, which is managing the operation of the station they lead.

Let’s talk now about the GFoundry apps. Who uses them and how do they use them? Is the use mandatory?

PC: We don’t force anyone to install the app, it’s not mandatory.

The drivers use a PDA which is their main work tool. We chose not to install the Post a Goal (customised and branded GFoundry app) in these equipments so as not to interfere with the operation. In addition, the PDA stays at the station at the end of the day and we know that the app is used outside the time when the drivers are distributing, i.e. driving. The installation was done on the drivers’ personal mobile phones.

We started with 150 drivers in the first week (out of 700), and then it was a steady growth in registration requests. I think it worked by word of mouth and the wanting to be in rather than out.

The Predict league runs for three months, but we have fortnightly competitions running at the same time so you don’t have to wait until the end of the three months to access the prizes.

At the moment we most employees actively participating, with daily queries on the platform. Then we have employees who will never connect because they don’t have a mobile phone, and we still have those who don’t give much importance to the initiative. We have been talking to managers to motivate them, to encourage them with prizes. Some of us succeed, others don’t because they are more sceptical.

How did the initial customisation/setup go?

PC: It went well, I had no knowledge in gamification myself and found it very easy. The apps are user friendly and versatile. Then I highlight the fact that GFoundry are always receptive to our questions and in constant contact to support and show us the way. It is fundamental to work with a partner like this, we are in constant contact.

PC: (…) “GFoundry platform has a gamification engine that automatically organises data in order to sort it into a ranking, award them points, as well as reward the best with medals and virtual coins.”

Do you measure engagement score? Are you using the GFoundry Thermometer Module?

CP: We are not using the Engagement Thermometer Module, although I think it is very important to start using it. At this early stage we wanted to gain traction because we didn’t know the engagement rate, not least because participation is voluntary (that’s the wonder of engagement), but as things have been going well we will use it in the second phase, especially to give feedback to stakeholders.

What are your thoughts for the future, regarding the management of people with the adoption of digital dynamics?

PC: Last year DPD Portugal presented GFoundry to the international training committee, so we are looking at expanding GFoundry internationally. We think that winning the international award will have an impact and now we will not lose the moment, we will want to repeat it so as not to lose the momentum. We want to set up in other areas of the company, besides the operation. The other areas of the company have already shown interest. The potential is huge, in Portugal alone we are 1400 people, of which 700 are drivers.

We aim to connect other modules, namely Evaluation & Careers, the Engagement Thermometer, and with more people connected we will have more aggregated information available.

Would you recommend GFoundry to a business partner?

PC: I would definitely recommend it, but there has to be incentives attached, such as the marketplace running with a showcase of associated rewards.

It is a simple and intuitive tool that is easy to use and generates immediate results – is a solution for any business area.

It is a current and modern platform. Taking the example of training, GFoundry goes beyond the traditional LMS because it has a responsive app in the mobile version, does not require a desktop, desk, schedules and, above all, it is fun and serves our purposes.

I believe that companies do not know this type of solution and what it can do for their business.

Even more so with a partner that listens and helps. GFoundry has been great because we solved our biggest challenges in people performance and today we are better.

About one of the first competitions that were started in 2020:

Objective #1: Reduce the no. of failed circuits in Predict

Result: The goal was exceeded in the first month of the competition

Result: goal was exceeded in the first month of competition

Objective #3: Enhance and promote the use of quizzes as a Training & Learning tool

More than half of the Drivers played the proposed quizzes, with a success rate close to 100%, in the first month alone.

Each of our modules helps to solve one or more challenges in your Company.

Each module can be connected independently, but all communicate with each other to allow an integrated strategy. 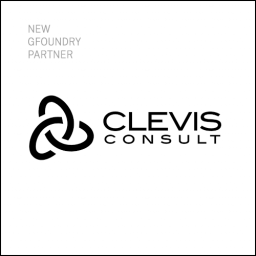 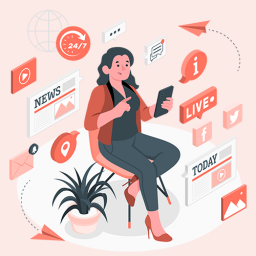 Lack of employee motivation and alignment can cost companies millions