About GFoundry – The Swiss Army Knife of the talent cycle

Using gamification as a means to an end, GFoundry claims to manage "the employee talent cycle, always with the idea of putting the employee at the centre to align, motivate and commit them to the company's objectives".

It appeared in 2014, but the path that led to the creation of GFoundry was started well before. The genesis lies in four of the founders, who knew each other since their time at the University of Minho, and who went through different companies and challenges, but always keeping technology as the common denominator. And that’s not all: they all gained experience in managing employees. With this, difficulties in common also arose, as João Gomes reveals: “we all suffered the need to get everyone rowing in the same direction”.

After nearly 20 years working with several companies, the intention arose to start a new, different project that would unite the four of them and that would meet the premises established by all: that technology would play a differentiating role (“as we have a background in technology, we could make more difference there”); that it would be a business “that would have a global aspect”; and that at the beginning of the activity it would not require the investment of large sums of capital.

With this purpose, and with the union with Ubbin Labs company and its manager, João Carvalho, GFoundry was born, presenting itself as “the best multiplatform gamification solution to motivate its most important audience: employees, customers and partners”.

The first project was the launch of a quizzes app in Portuguese, B2C. “Sei +”, its name, worked (and works) as a “laboratory of ideas and experiences with users to later apply in companies”. This free app, aimed at the end consumer, worked like a test platform for the B2B solution that we are presenting today for companies, and which works on mobile, through an app, and in a web environment. Based on gamification techniques – the process of using game mentality and mechanics to solve problems and involve users – the GFoundry software has several modules, one of which is training. This allows, through the aforementioned technique, that companies carry out training actions and transmit ideas and concepts, sometimes with increased difficulty, through quizzes, with rankings, “battles”, etc. In other words, using mechanisms and mentality associated to games, but transmitting the concepts that, possibly, in a more traditional way would be more difficult to internalise.

The first company to become a client was CGI – a Canadian multinational. For this a Recognition module was developed, something that, in reality, as João Gomes revealed to us, was already planned to be done by GFoundry, but which took a different path from the initial one and was adapted to the reality of the client. Here it is important to mention that GFoundry does not create custom software. What happens is that, many times, the module is created with the client company and, from there, it can be used by all the other clients.

Onboarding, Innovation, Evaluation or Objectives are other modules present, always, of course, with gamification as a technique. This common core facilitates user interaction with the platform, which, in a client-company, for example, can activate modules autonomously.

According to João Gomes, the company is at an important phase. If the first challenge was, within the first six months, to put a version up and running on the market (which was achieved); the second challenge was to gain clients and effectively generate a return. This step was achieved last year, as a result of a client portfolio that includes CGI, Santander, Liberty, Sumol + Compal, AKI, among others.

Now, a new purpose and goal to achieve is globalisation, with a turnover projection that matches that ambition: 450 thousand euros in 2017.

One of the paths to this internationalisation is to take advantage of the fact that they work with multinational companies present in Portugal, using this gateway to reach the “mother company”. But, the options are not limited to this field, and other contacts are being developed. For all this, and to grow sustainably, capital is needed. In Portugal, about half of the 600 thousand Euros necessary to take this step has already been gathered.

With such a vast core business, there is sometimes a risk of referring to GFroundry as being synonymous with gamification. In fact, that is the technique that is used, but it does not fully define what the company is. It does not limit it to that, “it is a means, it is not an end in itself”. Not least because gamification is often focused, in other companies in the area, only on the area of training and recognition, while the GFoundry solution covers these, but also other fields, and that’s why GFoundry as a multiplicity of modules.

How to define, then, what is GFoundry? Nothing better than to give the word to one of its founders, João Gomes: “an agile company, technologically advanced and that manages the cycle of talent of the employees, always with the idea of putting the employee in the centre to align, motivate and commit with the objectives of the company”. It is therefore “a Swiss army knife of the talent cycle”. A Swiss army knife proud of its Portuguese roots and with the necessary navigator’s spirit to succeed in today’s digital world.

Each of our modules helps to solve one or more challenges in your Company.

Each module can be connected independently, but all communicate with each other to allow an integrated strategy. 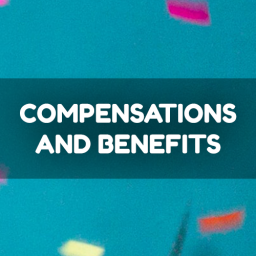 The importance of Compensation and Benefits for employees

The Impact of the Employee Value Proposition on Talent Attraction 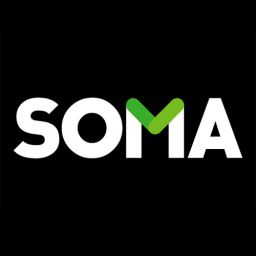